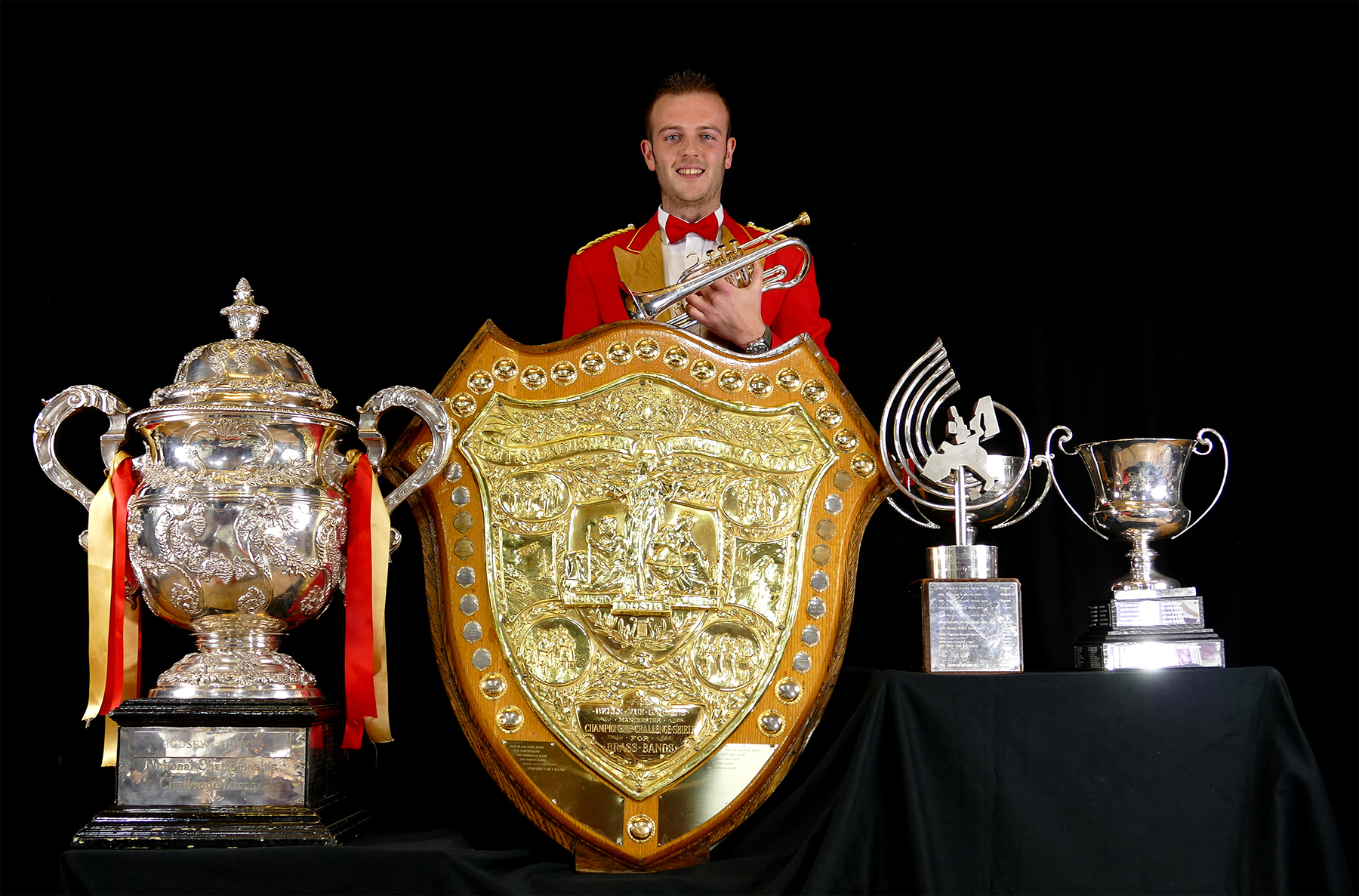 Join Brass Society in concert as we play alongside Tom Hutchinson, principal cornet player of the world famous Cory Band.

The concert will feature our main band playing a variety of music, including their test piece from the recent LBBA Open Contest. The Symphonic Brass ensemble will also be playing a varied repertoire, from classical dectet music to film scores and more modern pieces. Our guest soloist will be featured with both ensembles. This is not a concert to miss!

Tickets are priced at just £5 (£4 for students) and are available on the door. Concert duration: 2 1/2 hours (including interval).

Tom began learning the cornet at the age of nine and joined his local brass band,Stannington. As an early teenager he joined Barnsley Building Society Band; however, his first taste of playing ‘top man’ in a championship section band happened a few years later,
aged fifteen, when he joined the Rothwell Temperance Band.

During these formative years Tom also played solo cornet with the National Youth Brass Band of Great Britain including two courses as Leader. It was the Band’s Associate Conductor, Dr Nicholas Childs, who noticed his talent and later invited him to join the world famous Black Dyke Band. After four years with ‘Dyke’ and contributing to many contest successes, he graduated from the Royal Northern College of Music and was invited to join the mighty Cory Band as principal cornet.

After leading the Cory band in his first year to its hat-trick winning European title in 2010, he has since lead Cory to two British Open titles, five Welsh regional titles, four Brass in Concert Championship titles, the European title once again in 2013 and 2016, and three National Final wins.

A few highlights of his time so far at Cory have been releasing his debut solo CD ‘In Principal’, and leading Cory to its historic Grand Slam achievement in 2016, with the band finishing off the year as the world’s No.1 ranked brass band for a consecutive and unprecedented ten years.

Tom is pleased to play a Besson Prestige cornet and represents the brand globally.